You are here: Home / About / Our Story / Maori Knowledge of Hot Springs

Legend tells of the famous warrior Tamatea calling on the Ariki (chief) of the North Island volcanoes, Tongariro and Ngauruhoe, to save his party from freezing on their return north, after their canoe was wrecked off the Otago coast. The Ariki answered by sending flames from Ngauruhoe’s crater down the Wanganui River and across to Nelson, where they rose into the air, a piece landing in Hanmer Springs. This gave rise to the hot springs, known as “Te Whakatakaka O Te Ngarehu O Ahi Tamatea – where the ashes of Tamatea’s fire lay.”

“Mania Rauhea”, “Plain or the Shining Tussock”, is the Maori name for the Hanmer Plain. The nearest Maori settlements in the early nineteenth century were those of the Kaikoura coast; at Kaikoura itself, at Omihi (near Oaro), and in the vicinity of Haumuri Bluff.  No permanent Maori settlement was located in the Amuri and their only contact with the area was when passing through.  The discovery of a few native ovens in the area indicates the presence of travellers camps in the area.  Oral tradition and written records tell of two kinds of Maori travellers in the Amuri:  Those journeying north and south between the coastal settlements of the South Island Maoris, and those in search of greenstone travelling east and west to the West Coast.  Perhaps one of the most infamous Maori expeditions through the area was in 1831 when men of the Ngatiawa and Ngatiraikawa tribes – two sections of Te Rauparaha’s forces – came overland from Cloudy Bay via the Wairau Valley, Wairau Gorge to Tarndale and thence by Jollies Pass to the Hanmer Plain on the way to attack the Kaiapohia Pa near Kaiapoi.

The early European explorers in the Amuri amongst whom were Hamilton,  Weld, Mitchell and Travers were not informed of the presence of the hot springs, though all were guided by Maoris to their neighbourhood.  In later years, the native names of the springs were obtained – Waitapu by Herries Beattie, and Wai-ariki by James Cowan although this does not indicate that the Maoris know of the springs before their discovery by pakehas.  Beattie heard from Teone Tikao a tale of Tamatea, the great Maori traveller, who found himself at Banks Peninsula without a fire.  An appeal to the North Island brought a rolling ball of flame from Ruapehu and Ngauruhoe, part of which fell off and formed the Hanmer Springs.  Since the story continues with Tamatea’s journey to Nelson during which the fire kept the party warm, it is perhaps not fanciful to detect a reference to an ancient knowledge and use of the springs by Maori travellers.

Sign up to receive our newsletters and important announcements, upcoming events, and exclusive offers for the Hanmer Springs Thermal Pools & Spa.

Our weather report comes from 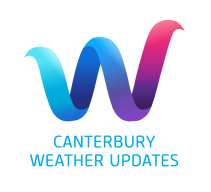